Pura vida: everything is possible

Welcome to Iemanjá, the sailboat that is accompanying me during the last 10 years in my adventurous raids, from the Mediterranean to the Caribbean and finally to the San Blas islands. Traveling and living to the West. An oceanic skipper with a past as a paratrooper in the special forces – section of targets acquisition. Also an Actor, photographer, journalist and entrepreneur. CEO of a famous advertising agency.

… Jem has always been a lone wolf, he lived out from the pack, changing thousands of jobs living always free and in harmony with their ideals.

Let introduce myself: I am Ezio Miani, an oceanic skipper with rich experiences in the past. In ’93, tired of the hectic pace of the big city I have been retired in the Umbria’s beautiful hills and I’ve opened an horse farm with a restaurant inside.In 2000 I’ve bought my first wood sailboat and I’ve started to sail in the Tyrrhenian making experiene. The sea has always fascinated me and in 2005 I was falled in love of lemanjà, a brand-new Hunter 33 with which I’ve got the first test in the Gulf of Lions during a terrible storm.

Iemanjà performed very well, of course, and we’ve shooted far and wide throughout the Mediterranean: from Sardinia to the Balearics, from Africa to Croatia. Since 2009 to 2013 I’ve organizedquality charter holidays in the Ionian see in Paxos island of Greece.

In the summer of 2013 I leaved the Mediterranean to the Caribbean to achieving my hidden dreams. I stopped often in lonely places that most fascinates me: the Canary Islands, Cape Verde, Los Roques, Colombia and Panama, going always to the west…

I was in search of the Neverland… and when I’ve got to San Blas I tought I had found it. – “San Blas is really the last paradise -. It has been almost a test to myself, to show how in life everything is possible also without any money. 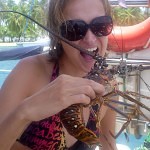 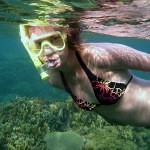 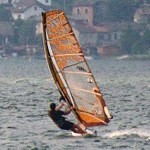 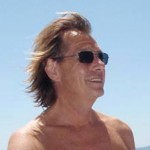 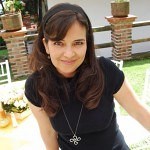